What Is A Calendar Year? How The Term Is Properly Used

On the surface, when asking the question, “what is a calendar year?” the answer may seem very elementary. In the Western world, people frequently use the expression “calendar year” and many times they do so incorrectly. Any measurement of 365 days is technically a year. This is understood. However, a calendar year is something else entirely.

So, what is a calendar year? There are still a number of common misconceptions about what is actually meant and how to use the term accurately. So several things must be unpacked in order to explain this accurately. Let's start at the surface level and begin with a simple definition.

Quick Navigation
What Is a Calendar Year? Terms Defined
The Beginning and the End
Why This Matters
The Birth of the Modern Calendar Year
Alternate Calendars
Fiscal Years
Conclusion 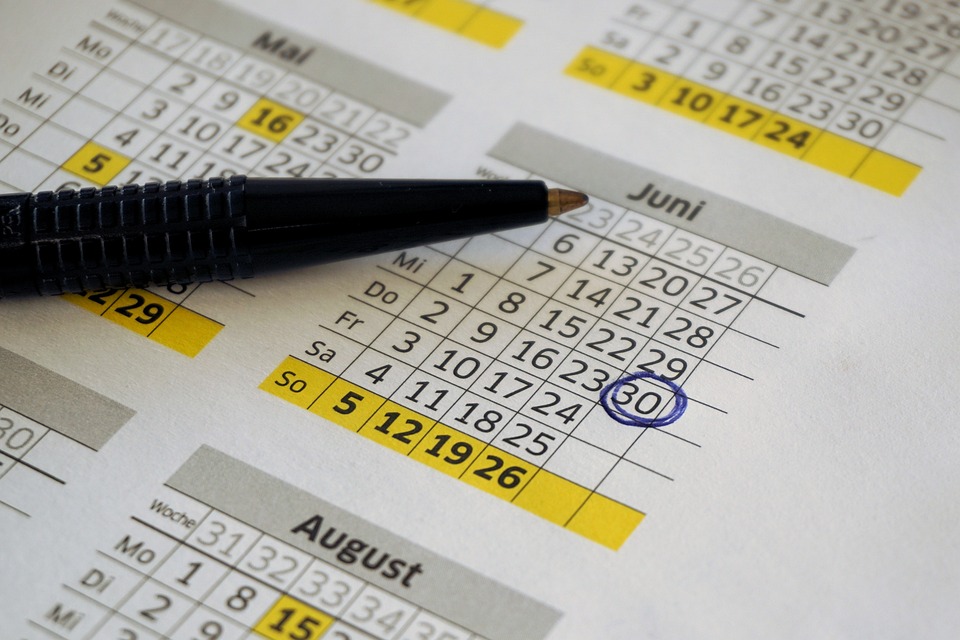 A calendar year as defined by Merriam Webster's Dictionary: “a period of a year beginning and ending with the dates that are conventionally accepted as marking the beginning and end of a numbered year.” Webster alternately offers this variation: “a period of time equal in length to that of the year in the calendar conventionally in use.” A simpler definition which is specific to North America, South America, and Western Europe, from Webster: “the period of time from January 1 to December 31.”

The Beginning And The End

Most frequently we find that governments and organizations recognize a new day when the clock strikes 12 AM. So when defining a calendar year, we will note this as the start. Consequently, December 31 ends at the 11th hour, the 59th minute, and the 59th second (11:59:59 and the last increment of that 59th second).

Admittedly, there is a lot of debate around what time “begins” a new day and, therefore, a new year. Astronomers and many United States government departments have adopted the “0 hour” new day. So, for sake of clarity, we'll go with that when defining the beginning of the 365-day period we call a calendar year. Quibbling over a second here or there may seem silly, but many people hold differing and passionate views on this. The consequences are serious.

This becomes a significant issue is when it becomes a scientific or a legal matter. Is it truly the first measurable increment after midnight? NIST, an agency of the US Department of Commerce, tackles the matter of a day's beginning and ending. They adopt the “0 hour” principle. The beginning and end of the day are designated 0000 and 2400, respectively.

The Security and Exchange Commission (SEC) holds to the position that, “any day... shall consist of the time period from 12:01 a.m. through 12:00 midnight Eastern time.”

Some businesses and government departments treat the entire, full minute in a unique way. EDGAR (the SEC's database) does. For example, if a legal filing was processed at 12:00:59 AM, it would still recognize this as belonging to the “00” minute of 12:00 AM. Automatic Data Processing, Inc (ADP) operates the same way. If you are due at work at 8:00 am, you can clock in as late as 8:00:59 and still not be late.

This is where the gravity of the matter is shown to be that of the protection of human life. What happens if a military operation is scheduled to begin immediately at 12:00 AM? A matter of 60 seconds can be huge. The same is true for a NASA launch. Everything has to delineate with exact precision.

While no one will die over a matter of dollars and cents, there is a massive component when it comes to filing a legal document with the SEC. In the above-mentioned case of the SEC, if a filing arrived at 12:01, the smallest fraction of time could mean a late filing date. Nanoseconds mean an entire day.

The Birth Of The Modern Calendar Year

In North America, South America, and Western Europe, days and years are all based on the Gregorian calendar. While the ancient Roman world had long held to a solar calendar, the current calendar has been in place for about 500 years. This measurement method was formally adopted by Pope Gregory XIII in 1582. The Romans had been using the solar calendar for hundreds of years at this point. As opposed to the many Eastern cultures which rely on lunar cycles, this time measurement is based on the sun cycles or “solar time.”

The question “What is a calendar year?” is answered differently by different cultures. While we have narrowed our focus on a western outlook, do keep something in mind. Depending on your audience, a calendar year is a different matter altogether. This is specific to eastern cultures and those of the Islamic faith. So many Asian cultures have their own calendar. Some countries have a calendar specific to them alone. Ethiopia, Israel, and India are all examples. However, the western Gregorian calendar is recognized for administrative purposes as it is the official international civil calendar.

Unlike the calendar year, which is fixed, a fiscal year can begin and end at any point provided it makes up a full twelve months. In a number of cases, the fiscal year starts on April 1 and ends on March 31. It is, however, not uncommon for companies to have their fiscal year mirror the January 1 to December 31 calendar year. Currently, this is the most commonly used fiscal year in the business world. Facebook, Alphabet (Google's parent company,) and Amazon all follow the calendar year. On the other hand, Target and Walmart keep fiscal years that depart from the calendar year.

Does Leap Year Affect How We Use The Term Calendar Year?

So what happens during a leap year? This very valid concern might seem to complicate the entire matter. We recognize a leap day every four years on a specially minted February 29. This is done to adjust for the fact that there's a little more time in a day than 24 hours. We call that year a “Leap Year.” When we add this day, it does not affect the usage of the phrase calendar year. The calendar year falls from January 1 through December 31 and you still use this term. “What is a calendar year?” will not rise or fall on a number of days.

Is “Common Year” The Same As A “Calendar Year?”

The short answer is “yes and no.” If you don't already know, there is actually a term for non-leap years. They are called “common years.” It simply means the common, 365-day year. Since this is the default expression when we speak of a “year,” we rarely refer to it as a “common year.”

When You Should Not Use The Term “Calendar Year”

As we have established above, a calendar year has a very specific, narrow definition. So when using this term, avoid these basic pitfalls in order to use "calendar year" correctly.

Do not use “calendar year” to express just any 365-day period. Example: “I saw my aunt for the first time on May 21. It had been a calendar year since I'd seen her.” Keep in view that this is not a generic phrase. Any given 365 days do not constitute a calendar year.

Do not use "calendar year" as an approximation. Example: "It took a calendar year for me to get back to my favorite restaurant. It had been 11 months since I ate there last." There's no "rounding" of a calendar year. If it is understood that the expression is used as a tongue-in-cheek way of kidding within a casual setting, then feel free to use it.

Do not use “calendar year," to describe an amount of something. Example: “I won the contest and got a calendar year's supply of gas.”

Maybe you have never considered the full extent of this term. Asking and answering the question, “what is a calendar year?” carries so much weight. We all speak to our friends in a way that contrasts sharply with a professional or formal setting. Colloquial speech allows us to bend and flex definitive terms.

However, what you can't let this do is let this creep into your vernacular in such a way that it impacts professional performance. On the one hand, such a gaff could disgrace you in the boardroom. A tax professional could cost a client millions of dollars. You would never want to make this mistake as a professional financial consultant, a military general, or a NASA employee. Just know these basic guidelines before hazarding the use of this expression.