Spotlight: When And How To Celebrate National Cereal Day

This spring, consider ditching your morning eggs and sausage to eat one of America’s favorite breakfast items.

March 7th is considered to be National Cereal day and is a day to celebrate and recognize the most important meal of the day’s most cherished item. Cereal isn’t something that many people often think about—but that means there are so many ways that you can celebration National Cereal Day that will entertain and surprise friends and family.

We’ll be going into when and how to celebrate national cereal day, as well as the history of cereal and why this relatively new menu item has taken the country by storm.

Afterward, we’ll also be going over a few cereal-based recipes you can try out to keep breakfast going all day long.

The History of Cereal 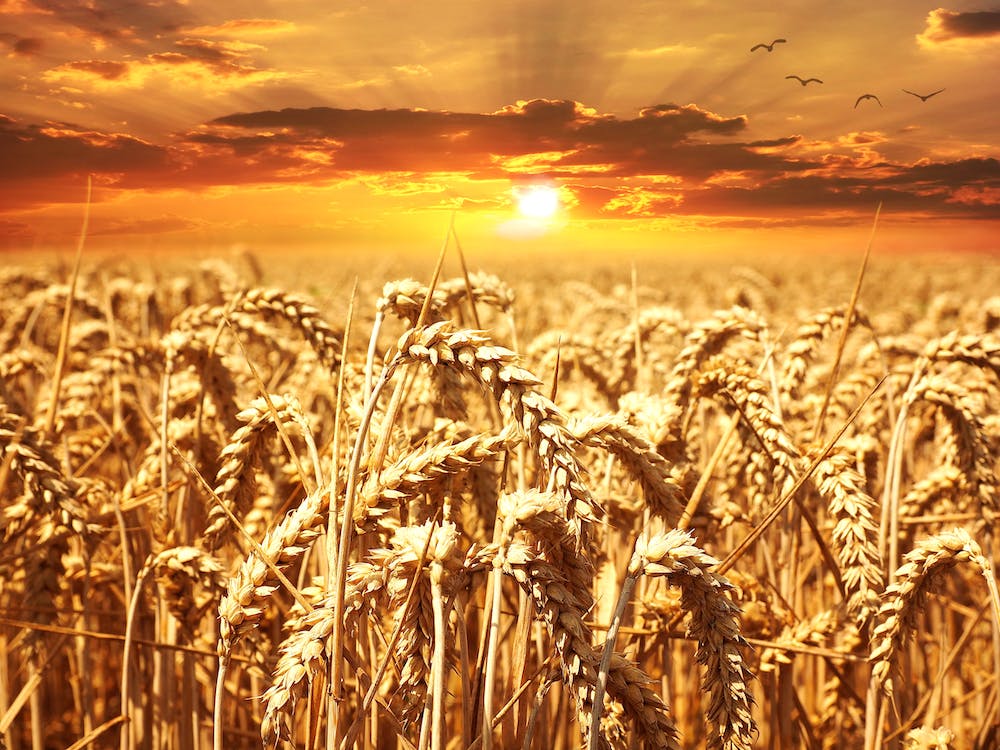 Before we get into the nitty-gritty of our favorite sugary cereals, let’s look out the history of cereal and how this breakfast staple earned its reputation.

Cereal evolved from traditional cereal grains—which is, any grass that provides seeds that can be eaten. Grains that we normally eat include wheat, rice, corn, oats, and similar foods. This is the fundamental basis of cereal as we know it today.

In the 17th and 18th centuries, many Americans (and Native Americans) consumed these grains raw, like oats or grits, which are made from ground up corn and served boiled. These were served and enjoyed for hundreds of years, and generally made whenever mass quantities of food were needed.

During major wars, Americans could eat grits as a cheap and effective way to stock up on calories, carbs, and some protein. Grits continue to be eaten in the United States Military to this day. Grits are traditionally eaten with salt or sugar to taste and can utilize cheese to add a little more dimension to the otherwise-flat menu item.

Grits, oats, and similar food made from cereal grains are all precursors to breakfast cereal as we know it today. The first breakfast cereals to come out of America are generally recent in our history.

The first breakfast cereal was called granula and was invented by a man named James Caleb Jackson.

Jackson, much like the Kellogg Brothers (more on them later), was a Seventh-Day Adventist and nutritionist that was focused on making a simple and nutritious food item from cereal grains. His invention was called granula, and consisted of the same hard oats and nuts that needed to be soaked before consumption.

Jackson’s granula product, which would later be referred to as granola, was considered to be the first of many breakfast cereals to come. Granola would grow in popularity until the inventions of the Kellogg brothers would expand cereals to national and international fame.

The Kellogg brothers—that is, W.K. Kellogg and John Harvey Kellogg—were nutritionists and scientists who were attempting to make their own granola product to sell. In the process of doing so, they just so happened to fail, and create what would later be known as the corn flake.

The Kellogg Corn Flakes didn’t need to be soaked overnight, like Jackson’s invention. Instead, these could be packaged into small boxes and handed out as a ready-to-eat meal. This meal could, of course, be served in milk to enhance flavor.

From that point on, boxed cereals began popping up left and right, and while the Kellogg brand may be the most familiar to many, it is actually the work of the Kellogg Brothers alongside James Caleb Jackson that produced cereal as we know it.

Cereal Meals to Celebrate this Day

Now that you know the history of breakfast cereal, you can use that information to create great-tasting menu items and explain the history you’ve learned to your friends and family.

But enough on the history of the cereal. The best (and perhaps only) way you can celebrate national cereal day, is to head out and pick up your favorite cereals!

Breakfast is the typical time to eat cereals, so opting for some cereal in the morning is necessary, but essentially a given. In fact, if you are a daily cereal eater, breakfast on national cereal day probably won’t look any different then the rest of the days of the year.

However, in the interest of saving your taste buds for later, you might want to opt for grits, granola, or even non-cereal for the morning. Ironically on this day, breakfast is the least interesting way to consume cereal. What we’re looking out for is lunch, dinner, and dessert. 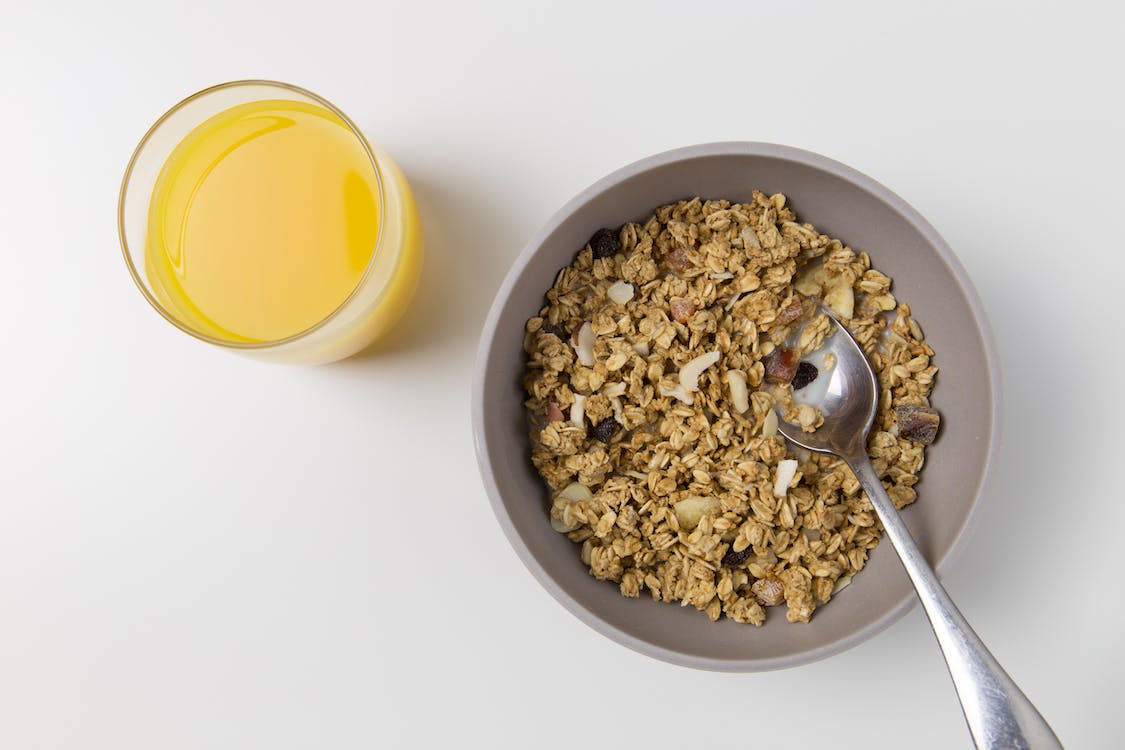 Since we’ll be saving our craziest ideas for dinner and dessert, you can stick with standard cereal for lunch and spice it up with a few extra ingredients.

For example, go for a box of corn flakes or similar cereal and seek out some fresh toppings like bananas or strawberries. Since you’ve learned the history of cereal, you know exactly what could go well with it.

Much like with oats or grits, strawberries and blueberries are a safe choice to add a bit of flavor and weight to lunchtime. Fresh nuts and raisins also work well with different types of cereal.

Many types of cereal are sugary but perhaps go for granola or a non-sweetened option for lunch. You can add that extra bit of flair by tossing in sweet fruits as opposed to relying on the artificial flavors you’ll find in many of the name-brand products. The more you rely on natural substances, the better you can expect your lunchtime meal to be.

Oh, and if you’re craving a snack in the middle of the day? A granola bar is always a great option to keep hunger away. 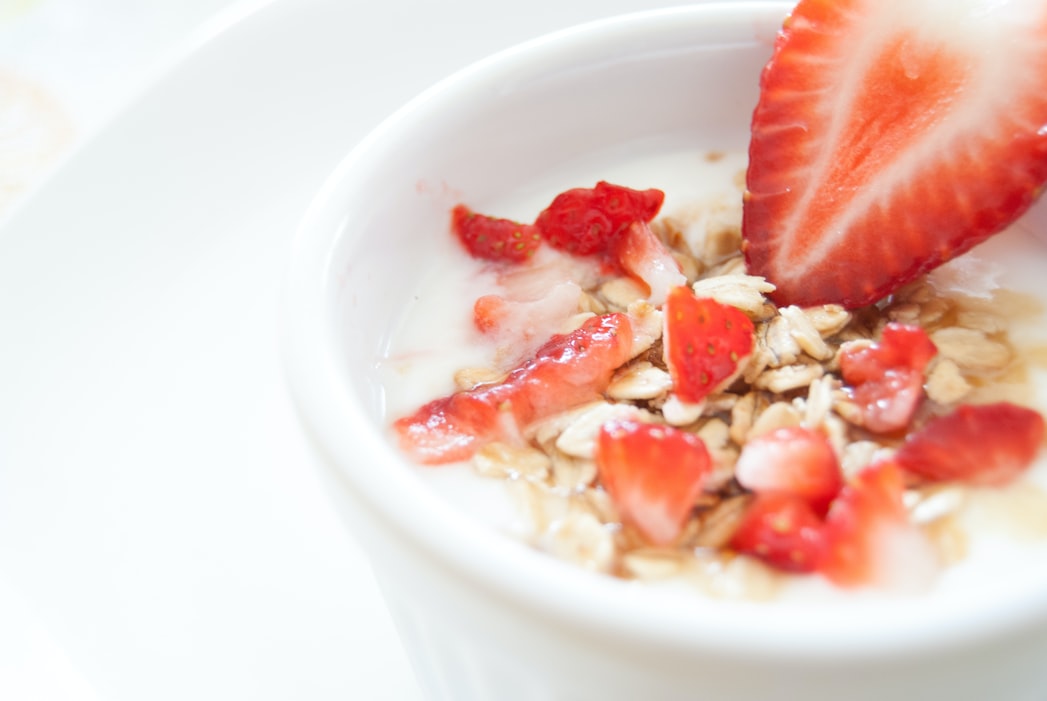 It’s alright if you’re feeling takeout instead of cereal for lunch because dinner is where you can have a little more fun.

For your friends and family, consider putting together oatmeal that’s filled with meats, egg, and other fillings. Before your family starts making the argument that oatmeal doesn’t count as cereal, be sure to cite cereal’s history, and sprinkle a few corn flakes on top to sway over the nay-sayers.

Not sure what to mix in? For our delicious oatmeal dinner, you’ll need:

Assembly couldn’t be simpler. Just make the oatmeal, stir in the ham, cheese, and greens. Add some herbs and spices to taste, and serve with a bit of garnish, corn flakes, and one fried egg on top. This motley crew of ingredients comes together to make a dinner plate that most people wouldn’t forget.

For dessert, it’s finally time to pull out those sugary cereals and put them to good use. Making dessert on cereal day can be particularly simple. Make your favorite dessert items, like ice cream, pudding, or cupcakes, and sprinkle some cereal on top!

Making krispie treats are also a fun way to wrap up your cereal day! If you’re not sure where to start, try out our simple krispie treat recipe. You’ll need:

Making the treats is much like any other approach. Simply place butter into a pot, melt, and then add in marshmallows. Once these have also melted, add in your flavorful cereal until everything looks to be about equal and mixed in.

Next, get everything into a baking dish and spread evenly. For a top layer, use your oil and chocolate chips to make some melted chocolate. Spread over the top of your krispie treat, add some sprinkles, and allow to cool before cutting in and enjoying.

Homemade desserts like these krispie treats of even cereal-topped cupcakes and cakes are a great way to end your national cereal day.

After all that cereal, we guarantee that you’ll be a little more hesitant to reach for that box of corn flakes in the morning! 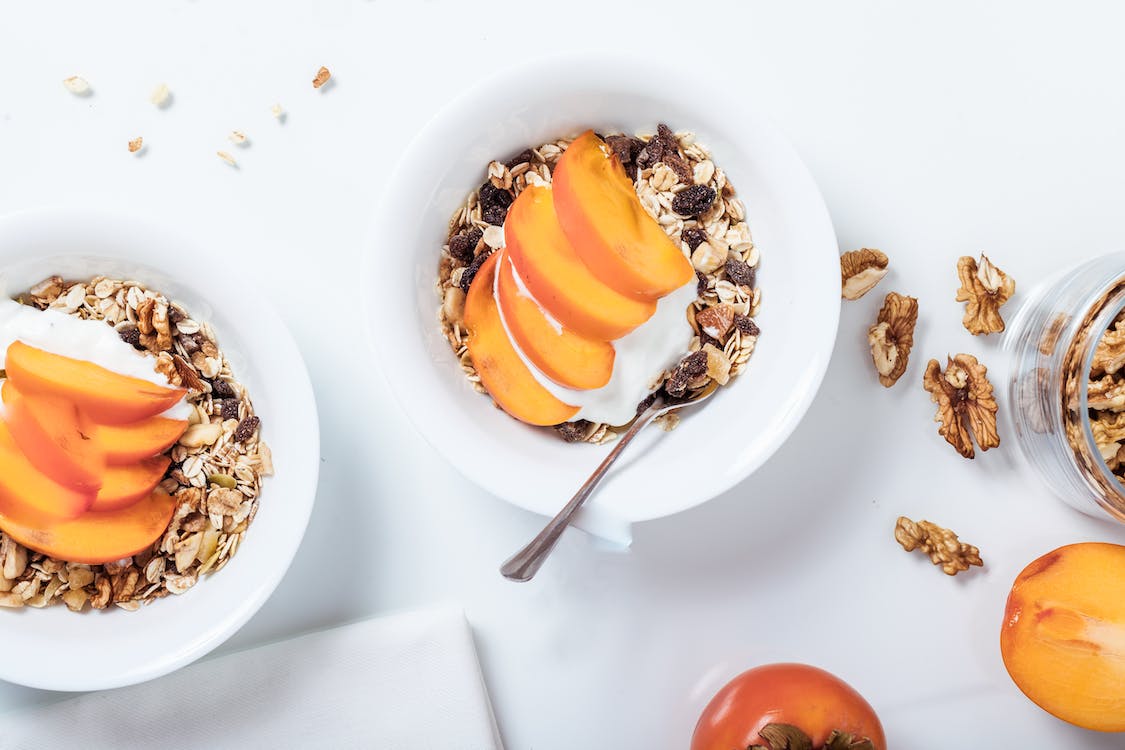 As you can see, there’s so much more you can do with cereal then pouring in some milk and reading the paper while you eat it. While cereal has more than earned its reputation as a breakfast item, its versatility and origins as a grain means that there are several ways you can incorporate cereal into any meal.

Incorporate Cereal into Every Meal

That versatile nature is much of the reason why cereal became so popular in the first place. So this National Cereal Day, consider challenging yourself to incorporate cereal into every meal of the day. While it can be challenging and a little questionable to some, you’ll find that there are so many easy—and fun—ways to celebrate and recognize this holiday.